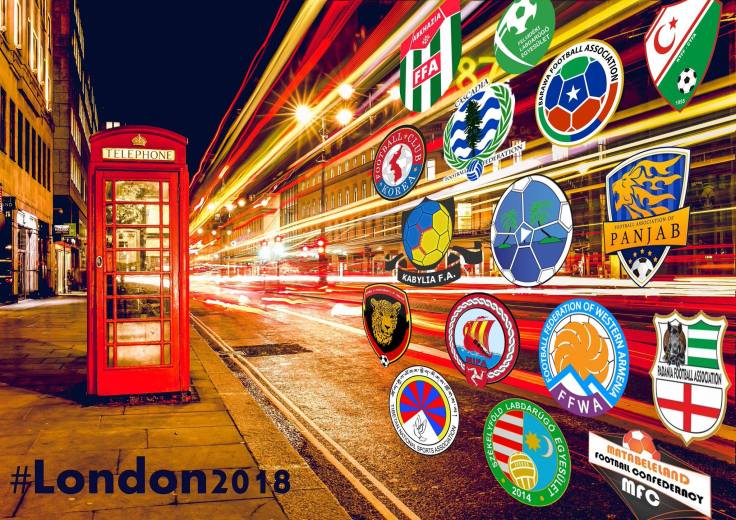 Representing British Columbia, Oregon and Washington, the Cascadian International Team will compete at the CONIFA World Football Cup, a global soccer tournament played this summer in London. The event, for states, minorities, stateless peoples and regions not recognized by the U.N. or FIFA, lasts  from May 31 through June 10th 2018. In true world-wide fashion, it will feature teams from every inhabited continent. “We are thrilled to be taking CONIFA to England – the spiritual home of football,” – CONIFA President Per-Anders Blind.

In its third contest, this year’s World Football Cup will give non-FIFA regions and nations a chance to compete on an international level. The 48 match event is being hosted by Barawa FC representing the Somalian diaspora in the British capital. With fifty million spectators anticipated in London and around the world, the event will put Cascadia on a truly global stage, with competitors representing the following flags: Abkhazia, Barawa, Cascadia, Ellan Vannin, Felvidek, Kabylia, Matabeleland, Northern Cyprus, Padania, Panjab, Székely Land, Tamil Eelam, Tibet, Tuvalu, United Koreans in Japan, Western Armenia.

The Cascadian side is being organized by the Cascadia Association Football Federation (CAFF) and will gather a team of 23 players from, or with connections to British Columbia, Oregon and Washington with Coaches and support staff to arrive in London on May 29th. In its opening matches – Cascadia is set to compete against Ellan Vannin, Tamil Eelam, and Barawa, before being set against bracket winners. Cascadia qualified for this year’s tournament off a regional qualification spot for North America and will be the only and first ever team from North America to compete in the CONIFA World Cup. In preparation for the championship, four official kits are being produced by Giordano/Stingz and feature three prominent chevron “peaks” raising up the jersey, evocative of the eponymous Cascade Mountains. CAFF is currently offering the designs in a pre-order fundraiser, with proceeds going to scholarships to cover the cost of team travel. Coverage of the opening game, both semi finals and the final will be provided by goal.com, and can be watched live or streamed later online. One quarter final will be fully produced and streamed on the YouTube channel, SpencerFC.

Planning for regional viewing parties is in the works with schedules to be announced on the CAFF website.

The Confederation of Independent Football Associations (CONIFA) is the soccer federation for all associations outside of FIFA. Founded in 2013 and headquartered in Sweden, CONIFA is “a global acting non-profit organization that supports representatives of international football teams from nations, de-facto nations, regions, minority peoples and sports isolated territories.” The 2018 CONIFA World Cup will be the 3rd such event in the organization’s history.