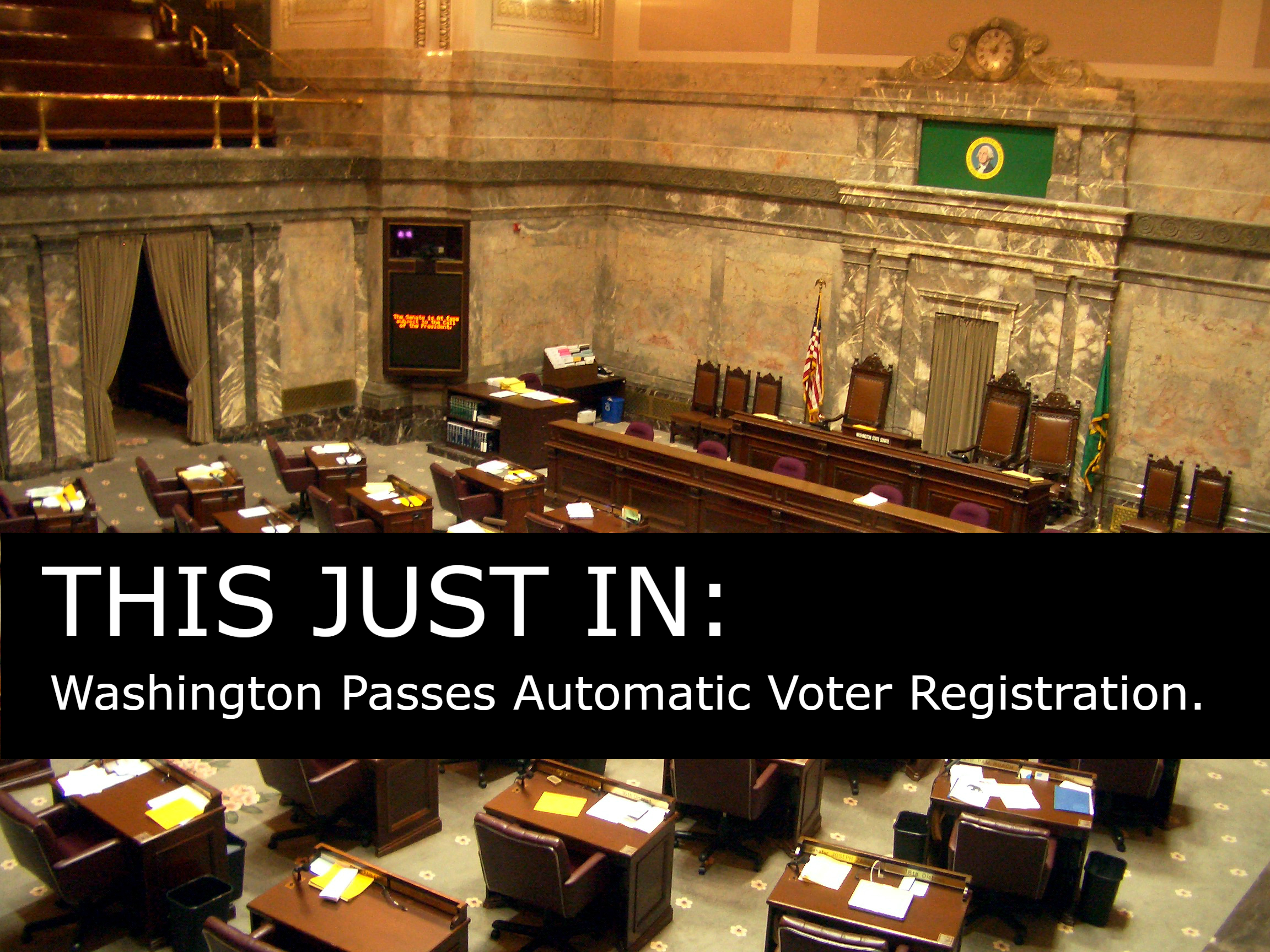 During a Saturday session, the Washington State Senate overwhelmingly passed Senate Bill E3SSB 6353  which provides for automatic voter registration in Washington State.  The Senate Bill passed by a vote of thirty-four to thirteen, with two senators abstaining, and further removes barriers to voting access for millions of Washington residents.

Washington joins other Cascadian states such as Oregon in passing automatic voter registration, which was signed into law by Oregon Governor Kate Brown in 2015. Currently, nearly 20% of eligible voters in Washington State are not registered to vote.

The bill would register U.S. citizens to vote when they apply for or renew an enhanced driver’s license if they are 18 years old or older, unless they specifically opt out.

“Voting is a right, not a privilege. We need to make voting as easy as possible for every citizen in Washington and that starts with registration. We now have the technology to make it seamless, so why wouldn’t we? Automatic voter registration will increase the opportunity to register and vote without endangering the security of the election process.”

For all of you joining us here is an update and answers to some of your FAQ’s. States that have Introduced automatic voter registration in 2018:

For full voting records of how your senator voted – visit Cascadia Advocate at: https://www.nwprogressive.org/weblog/2018/02/victory-automatic-voter-registration-passed-washington-state-senate.html

Liked it? Take a second to support Cascadia Media on Patreon!

Voices of the Revolution: Diaz Love